Greywell’s church, dedicated to St Mary the Virgin, is an ancient structure of flint with stone quoins and dressings in the Norman and early English styles. It consists of a chancel, nave, porch and tower surmounted by wooden belfry containing four bells.

At the time of the Domesday Survey in 1086 it is thought that the Chapel of St.Mary, beside the Whitewater, was one of the two churches within the Manor of Odiham mentioned in the survey. The church is of Norman origin and was built in the 12th century.

Restored in 1870, it still boasts many old features, the most important of which is the early 16th century rood-screen, made of carved oak which before the restoration was used as a men’s gallery with rood loft and circular stairs. The narrow 13th Century Early English chancel-arch is also a prominent feature and one will also find, on the stonework to the left outside the church door, visible remains of several consecration crosses dating back to the period of the Crusades. Church Cottage, beside the lych-gate on The Street, is believed to have been originally the priest's lodgings.

St Mary’s Church in Greywell is part of the United Parish of Newnham with Nately Scures with Mapledurwell with Up Nately with Greywell, which in turn is part of the North Hampshire Downs Benefice in the Church of England Diocese of Winchester. 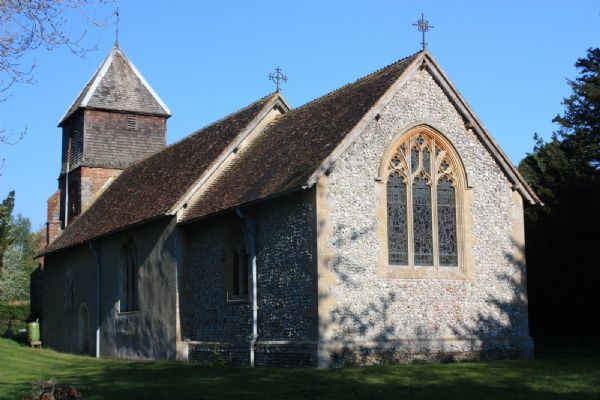